Jason is my long awaited amber-cat. Amber is a color which is not always accepted with various breeders - they don't find it "natural" within the Norwegians.

I first saw a picture of an amber-cat (or as they were called at that time - golden) Wegie in 2000 - and I really lost my breath over this fantastic warm color - and my quest for finding one for myself began. As you might imagine - this was no easy task - not many breeders had/used this color, and I did have a few other demands...

First of all it had to be a male, secondly he had to be without white, thirdly he had to be spotted - and as it could be expected with so many demands - my search was long and hard. But finally on December 29. 2006 I took the long journey to the north of Jutland, and brought home Jason. He is just the sweetest thing, and on top of that - he is developing to be (for me at least) a very beautiful and well-build cat. I wonder what the judges will say, when his show-carrier begins in September 2007

And just 3 shows later, he became the title Champion on Jyrak's show in Nyborg the 6. February 2008

You can see Jason's pedigree here

Jason is the father of my M-kitten 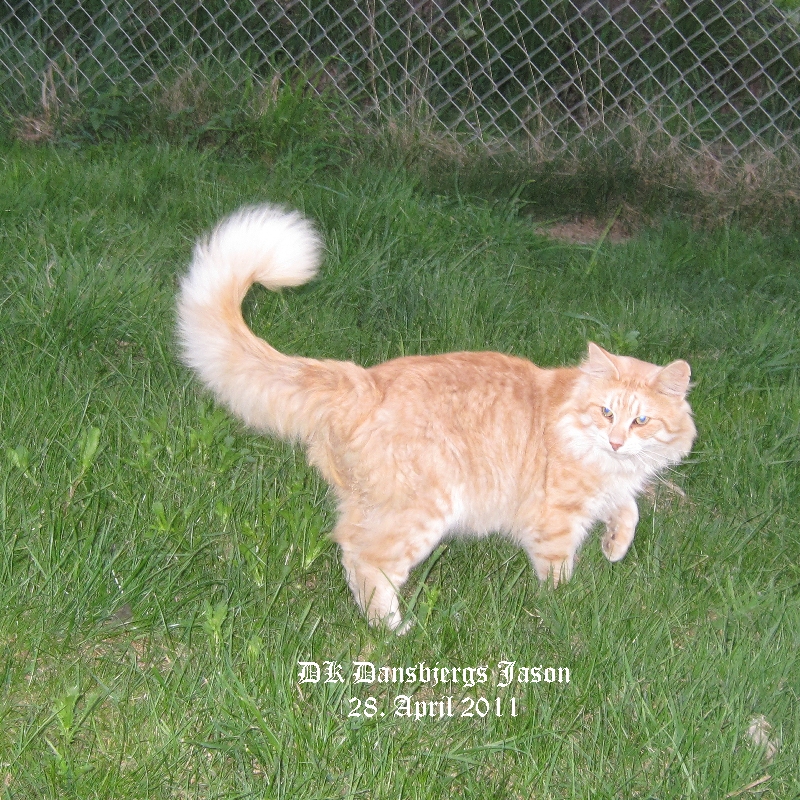