I have for several years said, that when I was no longer breeding NFC's I would like to own a Sphynx. I haven't stopped breeding - but then I was asked if I would be interested in giving Casanova a new home. And asked that way, I just had to say yes. So I went to Sweden to pick up my new sweetheart.

Many people find Sphynxes ugly and that was part of the reason for his new name "Grimling" - in Danish grim means ugly, and the last -ling of the name is an end that tells, that the first part is smallish! I also thought he looked a bit like a Gremlin (from the movie) - so I put those 2 words together and got a Grimling.

He has completely stolen my heart.... 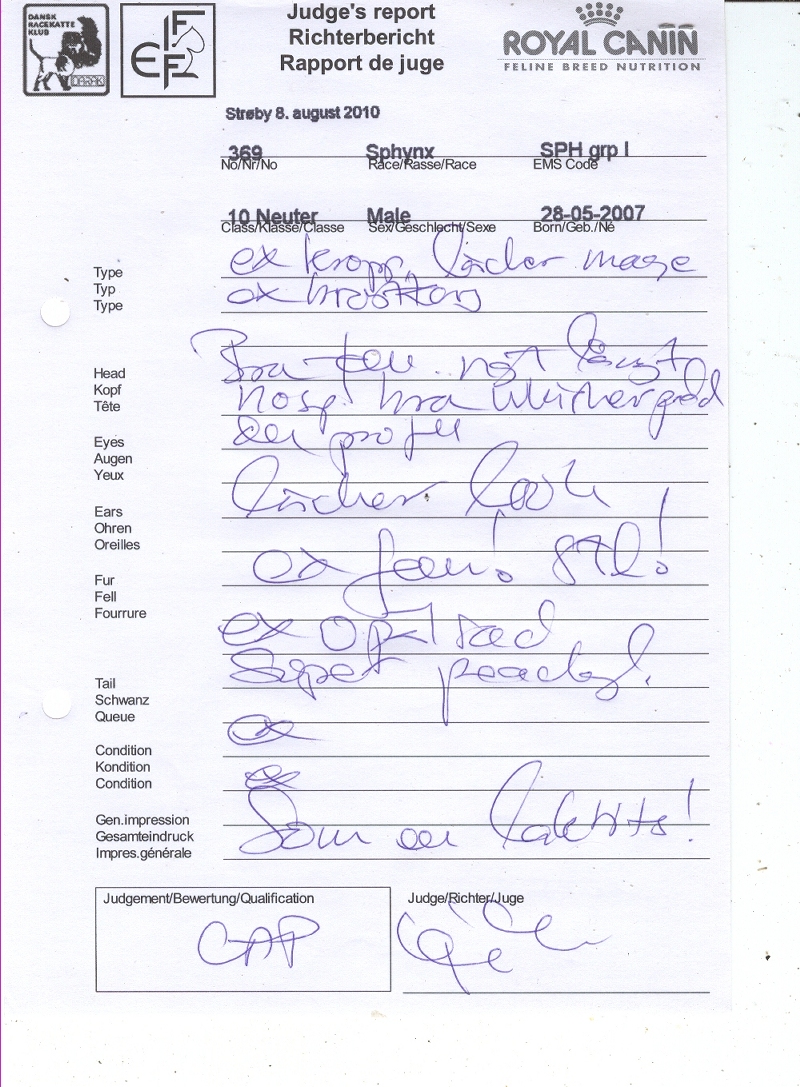 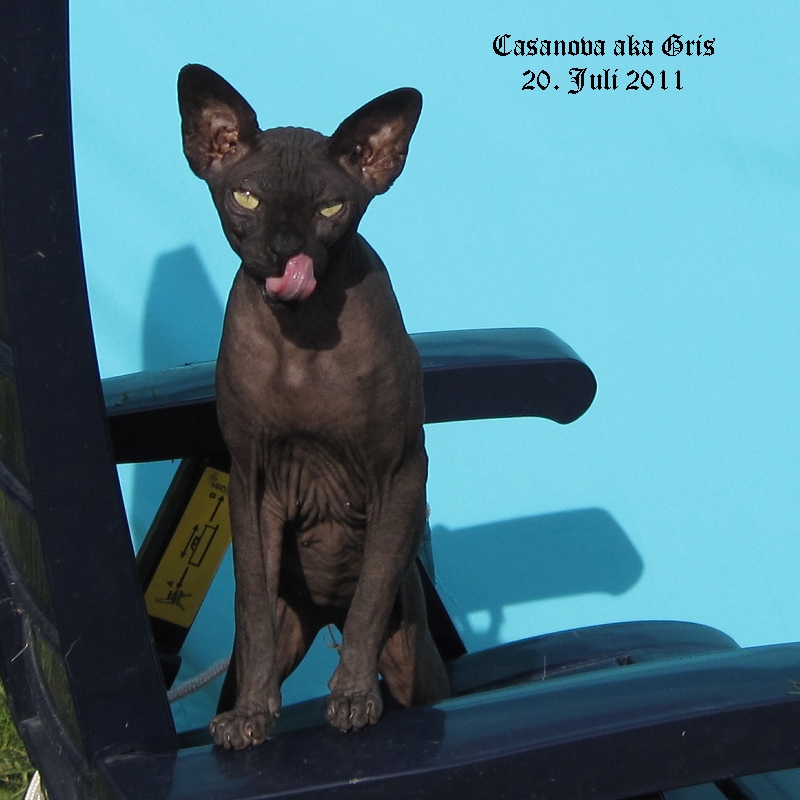 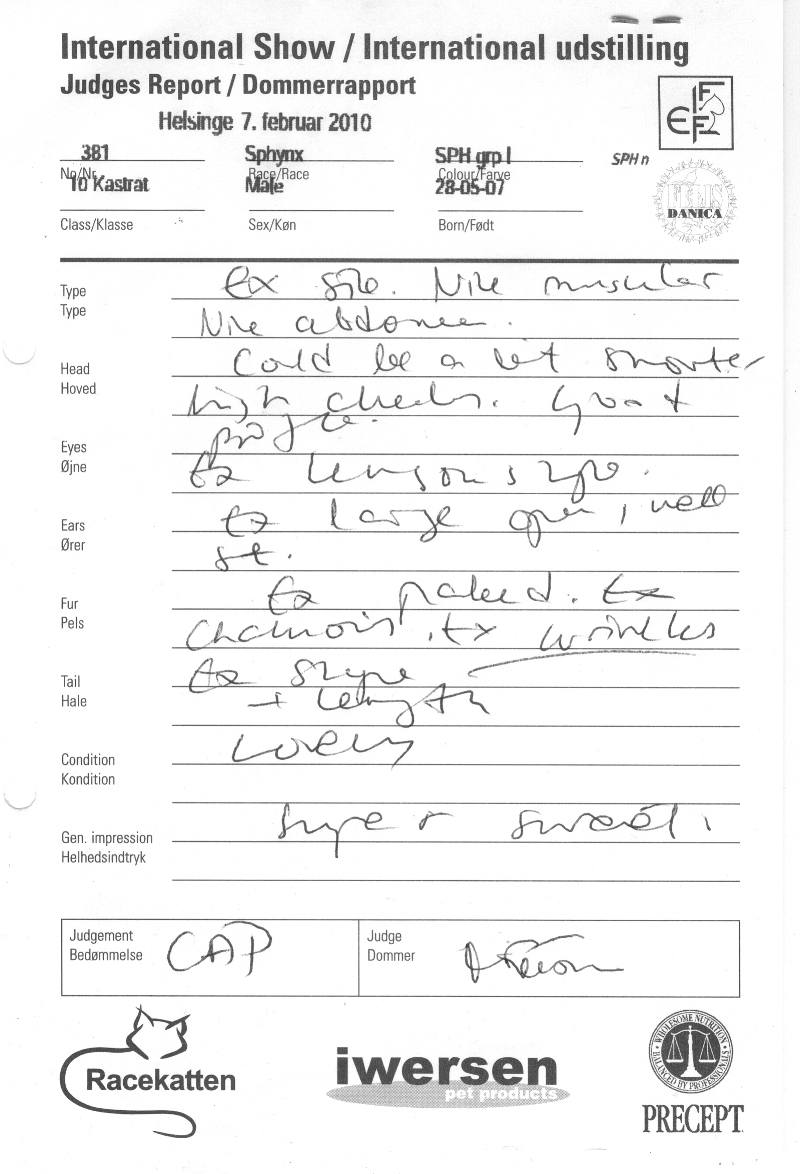 Here Grimling is visiting the outrun - but I think he found it to be a bit cold this day :-)